An AssetBundle is the most advanced, fully featured asset type for Tabletop Simulator. An asset is created in Unity, and then exported in a special format to be imported into your game.

AssetBundles can do many things other custom Objects cannot.

Basically, if you can make the object in Unity using all of the default resources available, you can import it into your game.

In order to create an AssetBundle, you will need to:

You want the installer.

Using the wrong version of Unity will result in possible issues in your exported AssetBundles, if it works at all.

Run the installer and you will be asked which components to include. Be sure Windows, Linux and Mac are all checked. 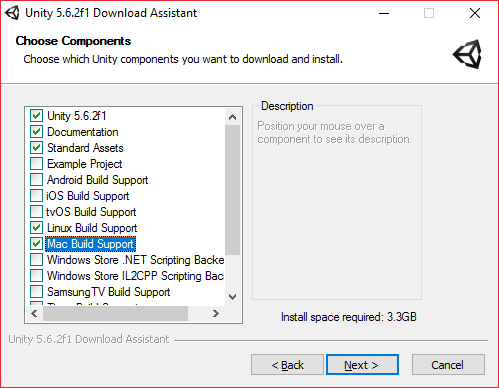 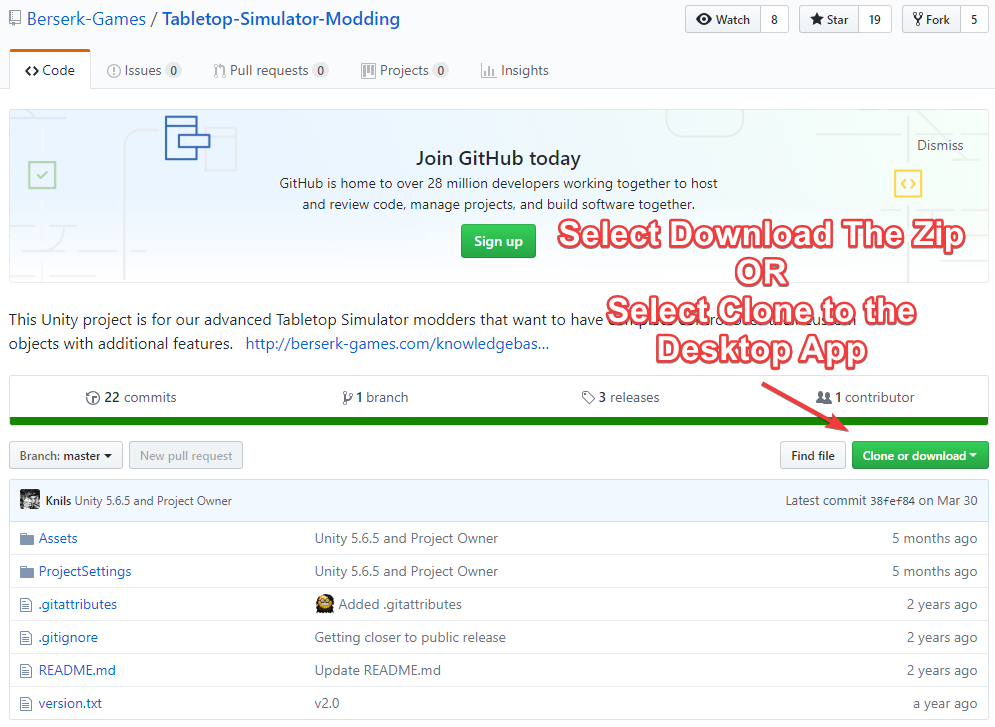 If needed, unzip the files, and then place them into the directory of your choice.

Run Unity. A window opens, asking if you want to create a new project or open one.

Select Open and choose the folder obtained from GitHub.

Any number of methods can be used to create an Asset, so the steps you take here are based on the end-result of what you are trying to make.

The project file contains some examples of assets as well as an example scene that matches the Museum background's lighting.

You are not required to use any of these when creating your asset.

You can create any asset, but here is an example of basic asset creation. 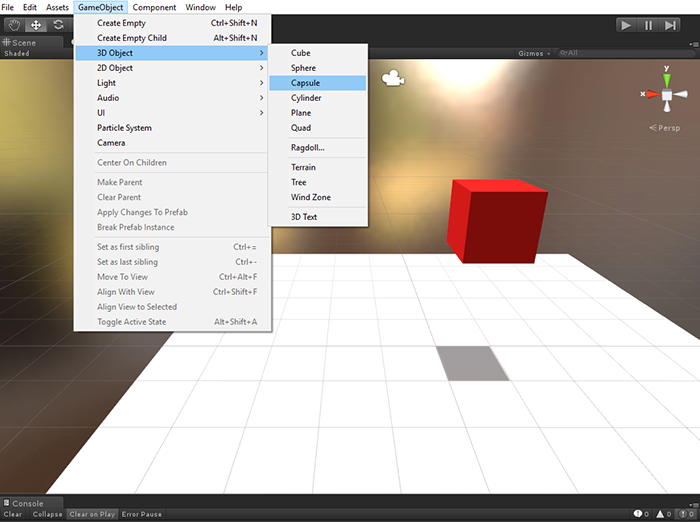 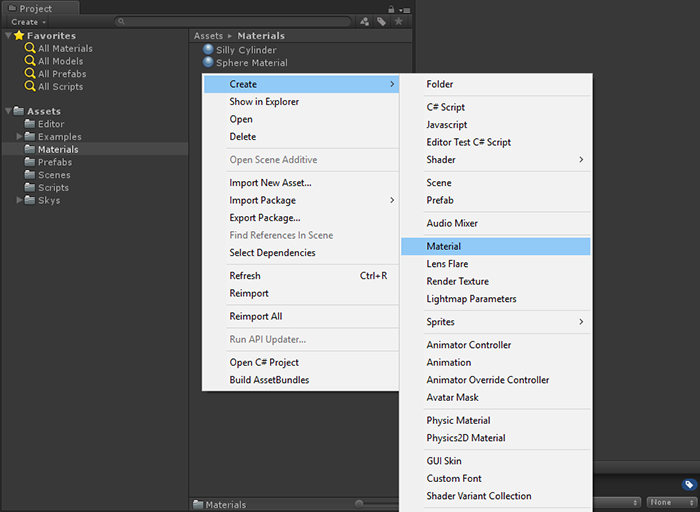 There are 2 scripts included which you can add to Assets you create.

In Tabletop Simulator, Lua scripting is able to interact with these triggers. However you are not able to create/add your own Unity scripts to Objects.

Once you are finished creating your asset, you must turn it into a pre-fab.

Then, while selecting the prefab you wish to export in Unity look at the Inspector tab and scroll to the bottom until you see a dropdown labeled "AssetBundle". Name it whatever you would like your final unity.3d file to be named.

Then Build the AssetBundle by right-clicking anywhere in the project view and selecting Build AssetBundles. 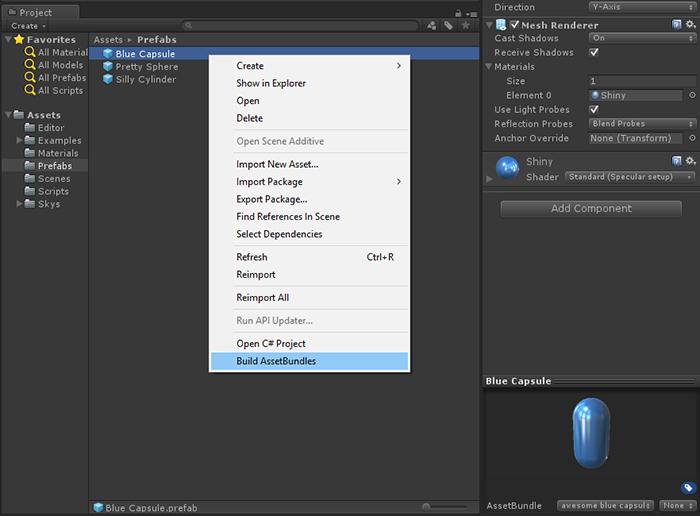 The resulting file that is created will be found in the Project folder under AssetBundles.

The file format for an AssetBundle is .unity3d 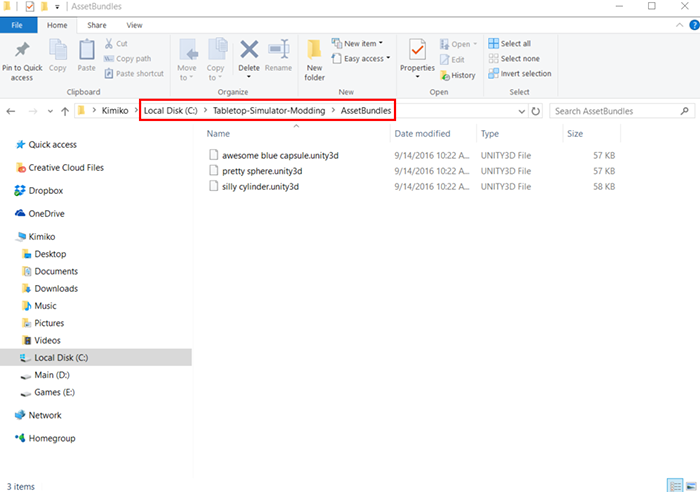 Open Tabletop Simulator and upload your AssetBundle to a webhost or the in-game Steam Cloud.

How you choose to import files impacts if other players can see them when you're finished.
For help with importing, visit Asset Hosting.

Secondary AssetBundles are an additional AssetBundle which are great for shared effects like sound or particle effects that you want to use on multiple objects without duplicating them in each individual asset bundle. Great for reducing memory and bandwidth usage. 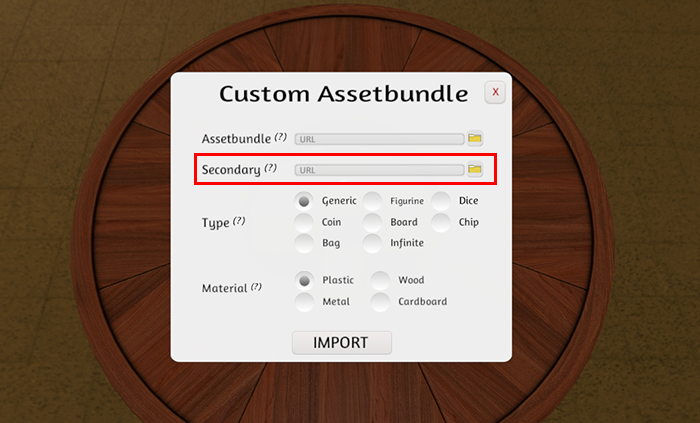