There are a lot of controls in Tabletop Simulator and this article will mostly go over the lesser known controls that you may not be aware of. Remember to open up the Help Menu to see the list of controls.

You can read about the basic controls and movement here.

Many of these controls can be changed in the Settings menu.

Hover over the Object (or selected Objects) and hold the + or - key on your keyboard.

Applies or removes a Blindfold. 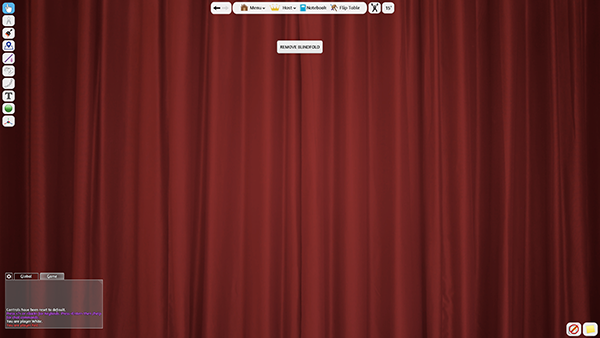 While zooming, use the mouse's scroll wheel to increase/decrease the zoom level.

Holding N while moving the pointer around will nudge Objects away from the pointer.

Check out the Controls & Movement for details on using these camera views.

Place an Object under another. (Not meant for decks)

Peek at the underside of an Object.

Holding ALT and clicking SHIFT while hovering over an Object shows the underside.

Other players are alerted when you peek under Objects to avoid cheating.

There are two sets of number keys on the standard keyboard.

Draw a number of items.

With the pointer over a stack/bag/deck, typing in a number will draw that many cards after 1 second.

The 1 second delay allows you to type multiple numbers. So pressing 1 then 2 quickly will draw 12 cards.

By default, these keys can trigger scripting. If there is no scripting, they perform no action.

By default, ALT shows a zoomed preview of the Object the mouse is hovering over. But it is also used as a modifier for other keys.

Rotate on a different axis.

Flips on a different axis.

Drops the last grabbed Object or the bottom card of a held deck. 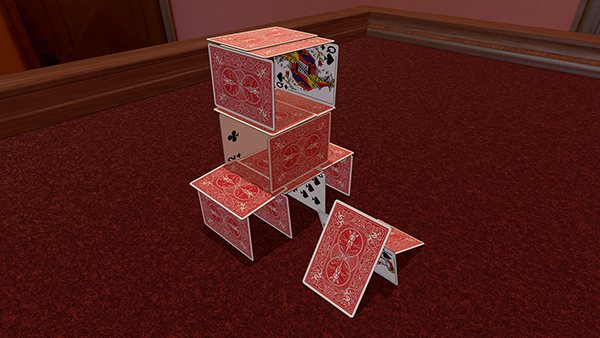